I was seven or eight years old, growing up in a village in rural New York State, when I learned my first lesson about racism. My mom, my two sisters, and I had traveled to a nearby city on a shopping trip. For a treat, we went to the lunch counter at the dime store for grilled cheese sandwiches and French fries. That’s where I saw the two signs, one labeled ‘Whites Only,’ the other ‘Coloreds.’ I asked Mom about them. Her impassioned explanation made it clear to my young heart that discrimination on the basis of race was a terrible injustice. 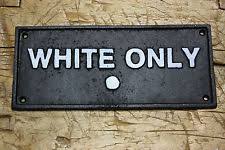 As I grew older, news of the Civil Rights Movement appeared on the front pages of the newspapers and in nightly newscasts. I knew that a great war was being fought, with soldiers and guns and the deaths of innocent civilians. The battle divided our nation. I was a teenager when Dr. Martin Luther King, Jr. was assassinated, his death the result of hatred and racism. In spite of all the laws and amendments our government had passed, the injustice I had glimpsed as a child continued. Sadly, some fifty years later, it still continues. 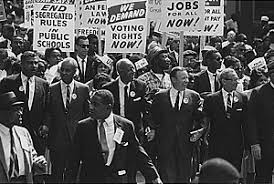 I recently read an eye-opening book entitled “I Will Not Fear” by Melba Pattillo Beals. It details her lifelong battle against racism and how it shaped her deep faith in God. In 1957, fifteen-year-old Melba was one of nine African American students chosen to integrate Central High School in Little Rock, Arkansas. Her account of the abuse and torture she suffered at the hands of her fellow students and their parents is chilling. It required faith and enormous courage for Melba and her family to endure harassment, violence, and death threats on a daily basis, simply for the right to attend school. 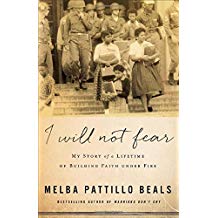 Melba met Dr. King during that time and poured out her suffering and fear to him. He listened kindly, then told her that perhaps God had assigned this task to her. “You’re not doing this for yourself,” he said. “You are doing this for generations yet unborn.” His words were life-changing. Melba writes, “I had been waiting for white students to change, extend kindness, and welcome me, when maybe it was my task to change.” She became a warrior for God, setting aside her own comfort to serve Him.

After one year of forced integration, the Little Rock school board decided to close Central High School and open a private, all-white school rather than educate their children alongside African Americans. But Melba and the others had made history. In 1999, she and the other eight Little Rock students were awarded the Congressional Gold Medal for their role in the integration of Central High School. 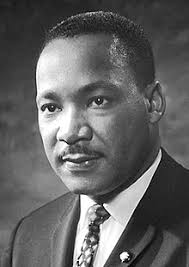 Today, Dr. King’s words to Melba inspire me. What task requiring courage and faith might God be asking of me? Would I be willing to suffer injustice for the sake of generations yet unborn? The early Christians suffered much more than I will ever have to endure as they spread the Gospel throughout the world. Dr. King’s advice to Melba reminds me of God’s words of encouragement to the early Christians, and to me: “…let us run with perseverance the race marked out for us. Let us fix our eyes on Jesus…who, for the joy set before Him, endured the cross, scorning its shame…” (Hebrews 12:1-2)