I was an eager, conscientious student in elementary school. I wanted straight A’s. I wanted the approval of my teachers. My 6th grade teacher, Mr. S, was one of my favorites. Energetic and creative, stern yet fair, he was generous with his encouragement and affirmation. If a student did something noteworthy, Mr. S would honor them by writing their name on the chalkboard in huge letters, where it would remain for the rest of the day. I loved seeing my name up there. 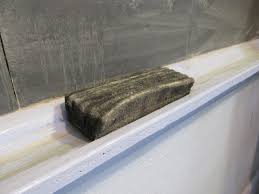 In our small, rural community, everyone knew their classmates and their families. We were similar in many ways. Then one day, a new student joined Mr. S.’s class who was noticeably different from the rest of us. Arthur was the only student in the entire school with black skin. His clothes and shoes were more tattered than ours. He stood a head taller than the other boys and was probably older, but he had been placed in 6th grade because he could barely read. His family had come to our fruit-growing area as migrant workers, and he spoke with an accent that was probably Haitian or something similar. It was hard to tell, because Arthur barely spoke. No one befriended him. 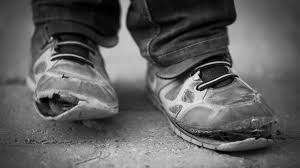 One day in class, the topic of foreign languages happened to come up, and Mr. S. asked if any of us knew words from another language. Hands waved in the air. Students rattled off what they knew. Mr. S. turned it into a contest and began keeping score. My hand waved wildly. I knew quite a few German words that my grandmother had taught me. I could even recite a little rhyming prayer in German. I started counting my collection of words on my fingers as I awaited my turn and knew I was certain to win. But first, it was Arthur’s turn. He raised his hand for the very first time and told us he spoke French. All eyes were on Arthur. Mr. S. gushed with enthusiasm as Arthur spoke phrase after phrase. I kept score and still believed I might be able to beat him with my German poem.

Mr. S applauded when Arthur finished. His name went up on the chalkboard in huge letters. Arthur beamed as if lit from within and gave us his very first smile. Then Mr. S moved on to another subject. But wait! I didn’t get my turn! Didn’t Mr. S see my hand? I battled tears. It wasn’t fair.

I was too immature at the time to see the wisdom and grace in Mr. S’s actions. But in later years I understood, and the lesson has remained with me to this day. It was something Jesus would have done. In describing the coming Messiah, the prophet Isaiah writes, “A bruised reed he will not break, and a smoldering wick he will not snuff out.” (42:3)

I pray for eyes to see the bruised reeds around me. And I pray for the grace to tend and nurture these bruised ones, regardless of the cost to me. 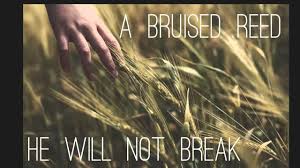