I’ve done a lot of odd and interesting things in my life as an author, but being auctioned off at a fundraiser last week was a first! Happily, it was for a very good cause—the 90th annual Tulip Time Festival—and it turned out to be a lot of fun. The evening included a gala dinner, entertainment, and lots of other prizes to bid on besides me. 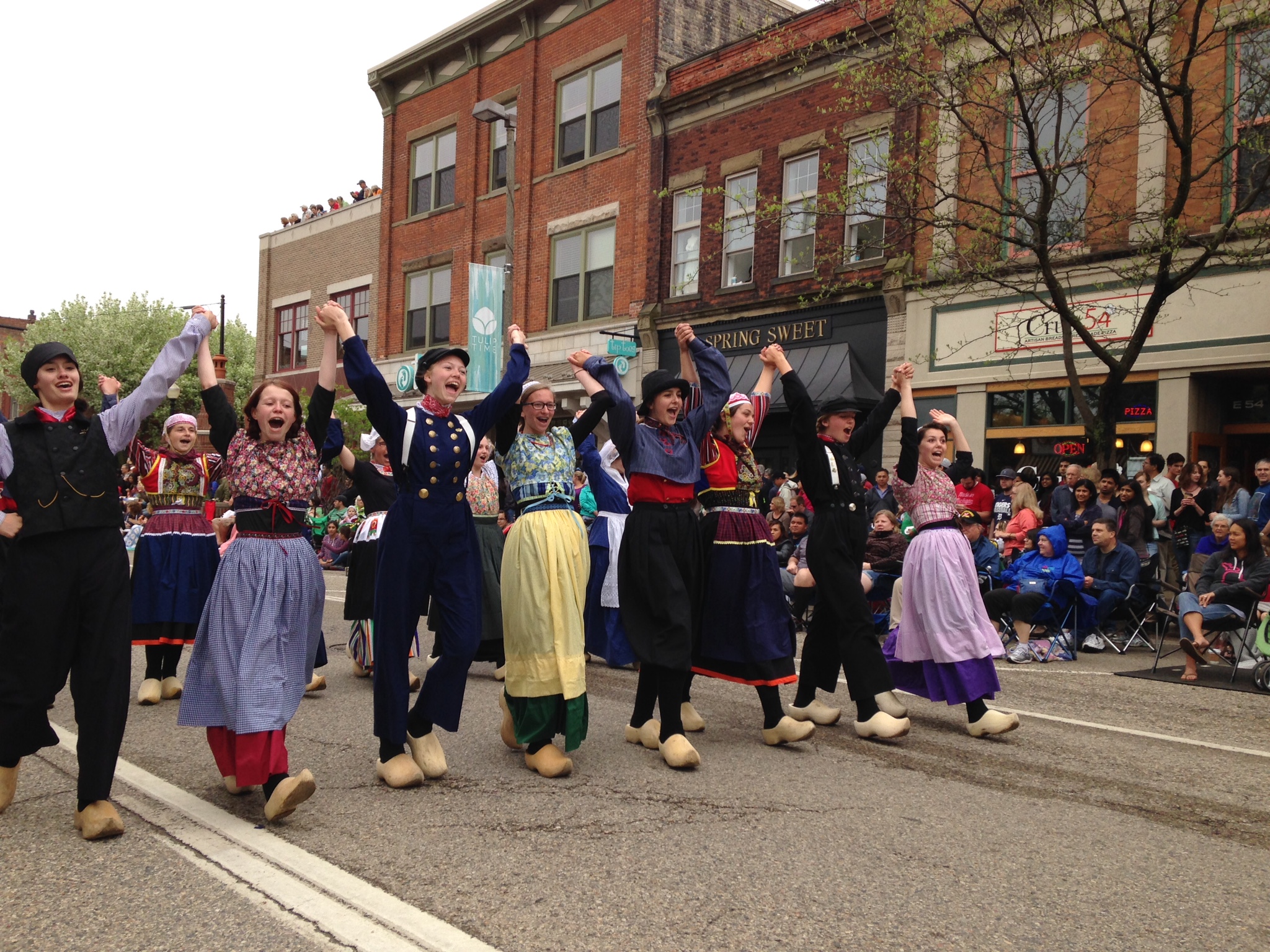 Each May since 1929, the town where I live—Holland, Michigan—has celebrated their Dutch cultural heritage with nine days of festivities known as Tulip Time. The festival draws more than 500,000 people, who come to see klompen dancers perform in wooden shoes; parades with marching bands and floats; and more than 5 million tulips blooming in every color of the rainbow. Reader’s Digest magazine named it America’s Best Small-Town Festival. 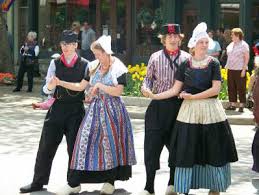 Today Holland’s population is culturally diverse, but everyone loves to participate in Tulip Time whether they are Dutch or not. Area high school students dress in authentic costumes and wooden shoes to perform traditional Dutch folk dances, but the highly-detailed costumes cost a lot of money to create. That’s what the gala fund-raiser was for. I agreed to be auctioned-off to raise funds so that everyone who wanted to participate as a klompen dancer could afford an authentic costume. And soon I will join the winning bidder and her book club to talk about my novel “Waves of Mercy.” I’m very excited! 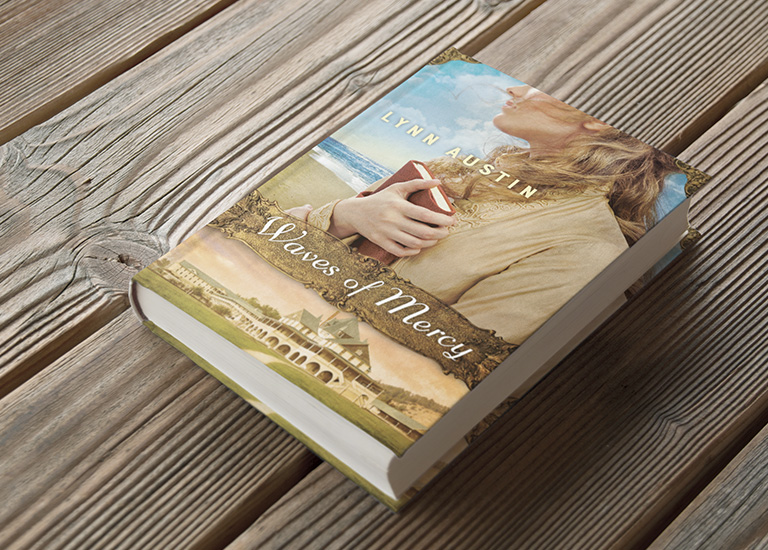 “Waves of Mercy” tells the story of the original settlers from the Netherlands who founded the village of Holland in 1846, seeking religious freedom. I purchased an authentic Dutch costume to wear for the novel’s debut. The wooden shoes I’m wearing in the picture were once my husband’s. He grew up here in Holland, and his high school band wore wooden shoes when they marched in the Tulip Time parades. If you look closely, you’ll see I’m actually wearing two left shoes—and it’s not because I dance as though I have two left feet! (Although that’s probably true.) 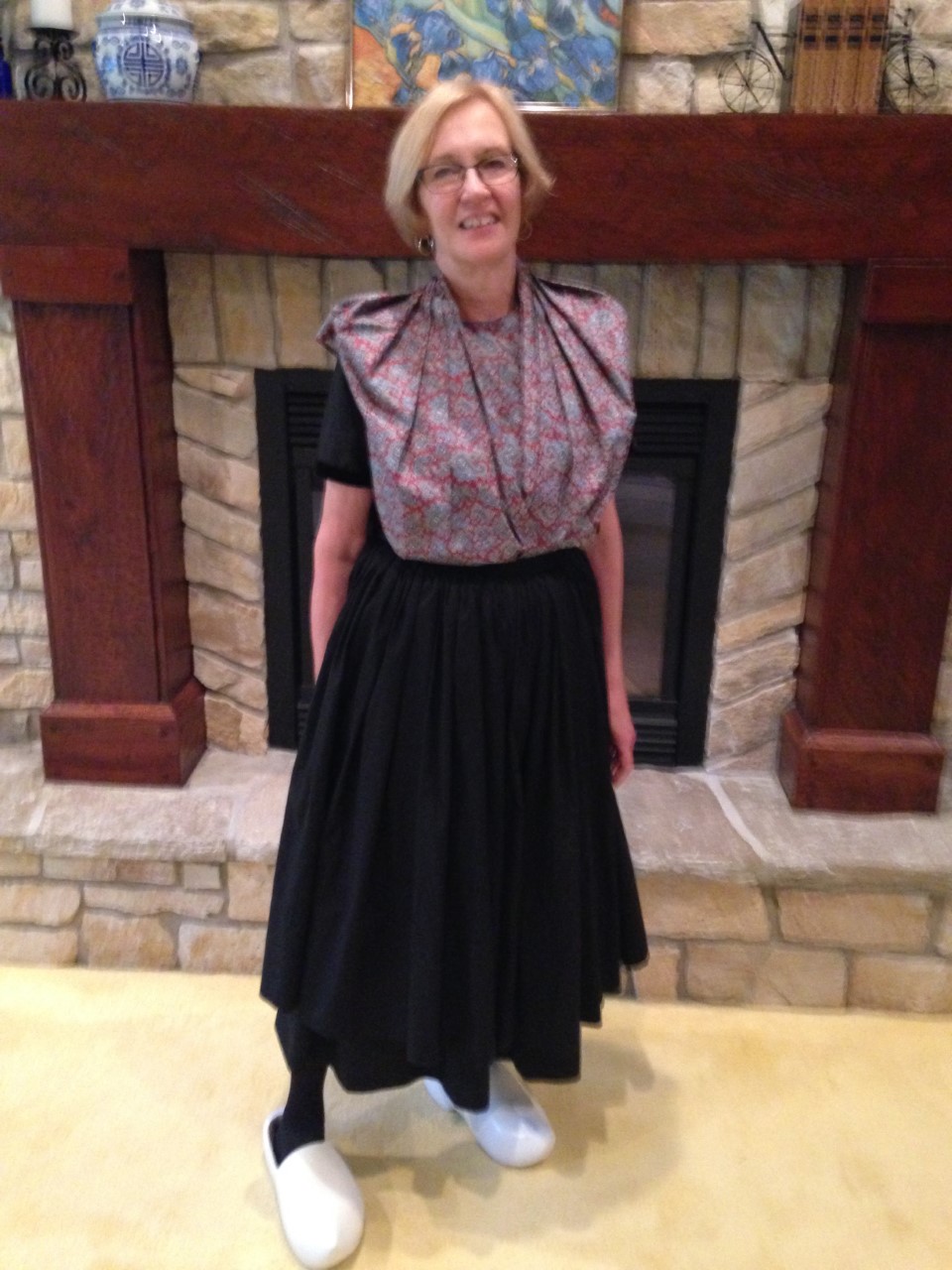 It’s because band members’ wooden shoes often fly off and get broken during their marching routine, so by the time my husband graduated, all he had left were two left shoes. The Holland band still performs the same routine to the same tune, “Tiptoe Through the Tulips,” and their wooden shoes still go flying. Be ready to duck if you visit Tulip Time! 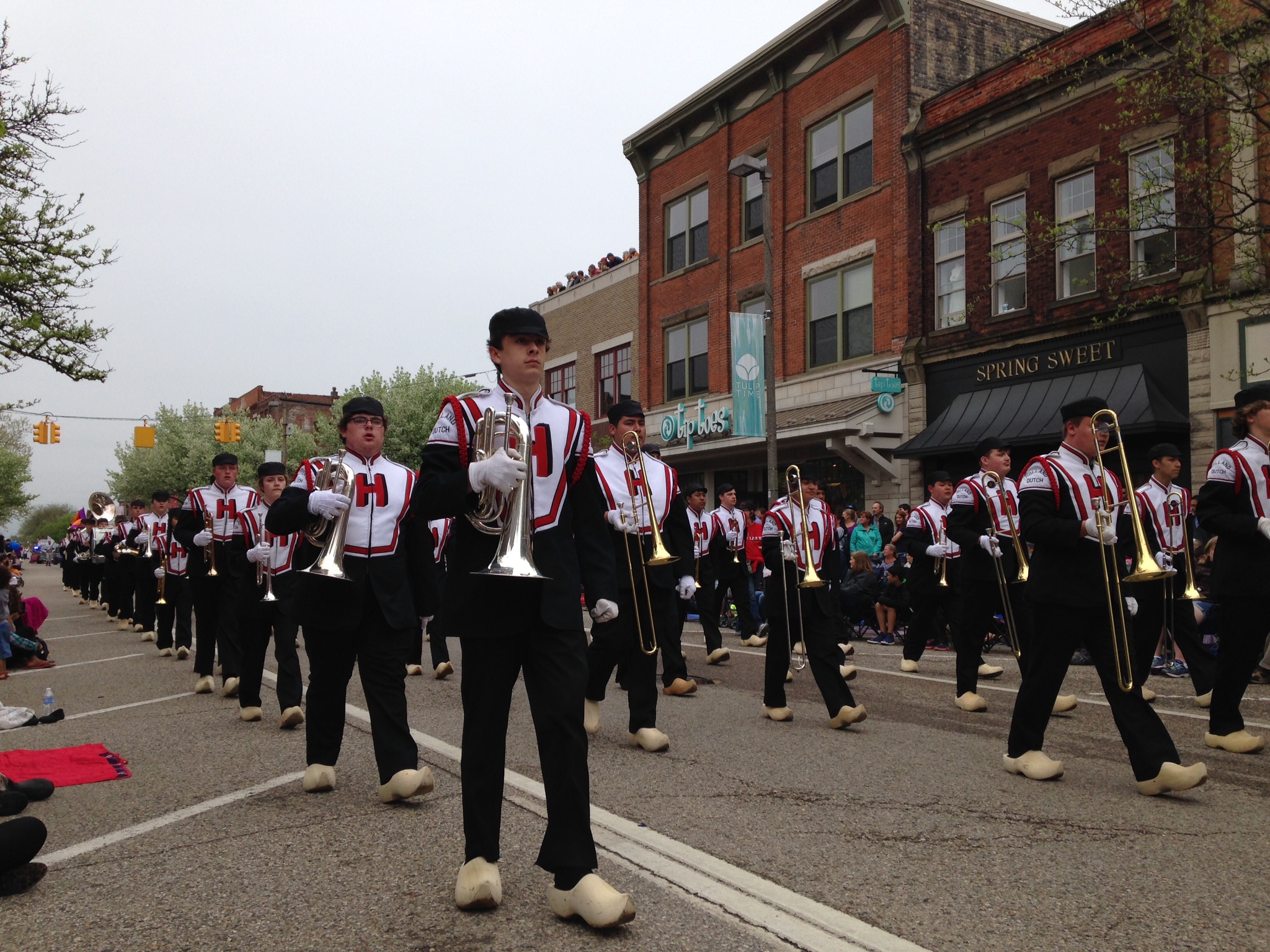 My husband is half Dutch. His mother’s ancestors immigrated to Holland from the Netherlands in 1872. I don’t have a Dutch bone in my body. Ken and I met at Hope College, right here in Holland, Michigan, and I remember being intrigued by the flood of tourists who came to see the tulips every year. As I was crossing the campus with an armful of books one spring, a pair of tourists loaded down with camera equipment stopped me to ask if I was a Hope student. When I told them I was, they asked if they could please take my picture beside Hope College’s iconic anchor. I agreed, and struck a pose. Suddenly, the wife shouted, “Wait a minute! Are you Dutch?” When I told her I wasn’t, she said, “Never mind.

I think it’s wonderful that participants don’t have to be Dutch in order to be klompen dancers or to march in the parades. And I love the fact that my community can celebrate its cultural origins while still enjoying its modern diversity. From their earliest days, Holland’s founders never sought to be an exclusive enclave, closing its doors to “outsiders” who didn’t share their ethnicity or their strong, Christian faith. They must have done something right because faith remains a very strong component in our community. This diverse city of approximately 33,000 has more than 70 churches. And the Tulip Time Gala Dinner and auction began with a prayer of thanks to our Heavenly Father, acknowledging that our faith in Christ makes us one. To paraphrase scripture, “There is neither Jew nor Greek, slave nor free, male nor female, Dutch nor non-Dutch, for you are all one in Christ Jesus.”
Now, that’s something to celebrate!